Hit US dating format is being brought to the UK for the first time as a Sky Original.

Sky today announces it has commissioned Dating No Filter, an 8×30’ factual entertainment series produced by Monkey, which is part of NBCUniversal International Studios, a division of Universal Studio Group. The format, which is licensed globally by NBCUniversal Formats and originally aired on E! in the US, is being adapted for the UK audience and is set to air early 2021 on Sky One and TV streaming service NOW TV.

Dating No Filter is a fresh and hilariously honest take on modern dating. The UK version will see a group of singletons sent on blind dates, set up by quick-witted comedians. The comics will be given some control over a diverse range of matches and will then watch and weigh in on the dates, giving hysterically unfiltered commentary on every awkward interaction and heart-warming moment. But what they are really rooting for is for love to conquer all!

As well as featuring the inevitable and unforgettable dating disasters, there will hopefully be couples who really do make a love connection thanks to their funny matchmakers.

Phil Edgar-Jones, Director, Sky Arts and Head of Entertainment said: “The dating world has been thrown into chaos with the pandemic. How can folks get together when they have to be apart? Luckily we have the answer – with the help of some brilliant comedians watching dates unfold and dishing up some advice to our dating couples – Dating No Filter is the perfect way to re-introduce Britain to love.”

David Granger, Creative Director and Executive Producer, Monkey said: “Dating No Filter is a dating format that gives us the delightful opportunity to matchmake the best of British comedy talent with the best of British single people. We all look forward to the joy, fun and love that should come from such a great combination.”

This commission adds to the great line up of Sky Original entertainment shows due to air in 2021, such as A League of Their Own, Rob & Romesh Vs. and the Russell Howard Hour.

The show was commissioned by Zai Bennett, Managing Director of Content at Sky and Phil Edgar Jones, Director of Sky Arts and Entertainment at Sky. Shirley Jones is the Commissioning Editor. For Monkey, Jessica Thomas and David Granger are Executive Producers and Sarah Pack is Series Producer. Dating No Filter is distributed globally by NBCUniversal Formats, also a division of Universal Studio Group. This marks the second international adaptation of the format, following the Polish version, which is currently airing on Polsat Café.

For more information on either show and/or interview requests please contact Lauren.cameron@sky.uk. 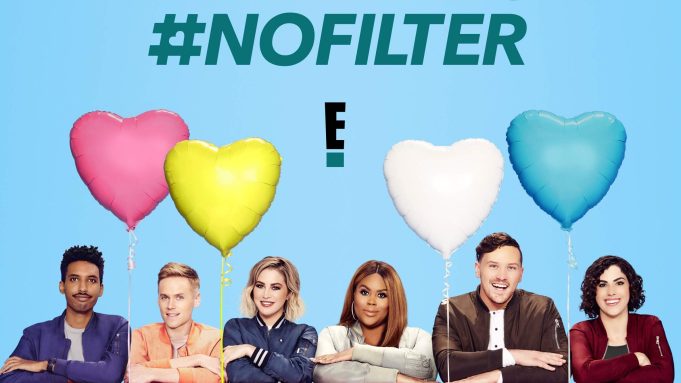