Jordan Stephens returns as host, alongside team captains Maya Jama and Lady Leshurr, with DJ Shortee Blitz on hand to drop the tracks. Panellists will go head-to-head in brand new rounds as well as favourite Don’t Hate the Playaz games as they each try to show off their hip-hop knowledge and push their music skills to the max.

Don’t Hate the Playaz has been commissioned for ITV2 by Paul Mortimer, Head of Digital Channels and Acquisitions and ITV2 Commissioning Editor Peter Tierney. The series is produced by BAFTA-winning producer Monkey, which is part of Universal International Studios, a division of Universal Studio Group. Will Macdonald and Suzi Aplin are Executive Producers for Monkey with Carol Awuah-Baffour as Series Producer. 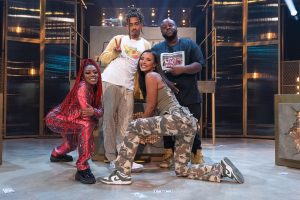