What a way to celebrate turning 21 for Monkey Kingdom, the NBCUniversal International Studios-owned unscripted indie behind long-running powerhouse reality brands such as The Real Housewives of Cheshire and Made in Chelsea (which also celebrated its 21st series in 2020).

Firmly established as a top tier player in constructed reality, the indie has focused on developing in other genres, and the success of ITV2’s variety-meets-sketch series The Emily Atack Show, diverse panel format Don’t Hate the Playaz and entertainment hit Karaoke Club – which this year launched spin-off Karaoke Club: Drag Edition – highlight a business firing on all cylinders. 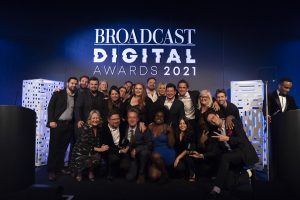 The coronavirus appeared no problem for a team ably led by Samantha Lawrence, David Granger and Will Macdonald, as Monkey Kingdom produced more than 100 hours during the pandemic. Made in Chelsea moved cast to a Covid-safe bubble in Surrey, Suffolk and the Cotswolds, while sketches were rewrote for Emily Atack to allow for social distancing, and Celebrity Karaoke Club was shot in just a week to allow for testing and isolation.

Commissions also came from Sky 1, for a remake of the Broadcast Digital Award-nominated Dating No Filter, and E4, whose series Pete & Sam’s Reality News not only performed on-screen but drummed up three million Snapchat views, as the indie found ways to reach young audiences.

Monkey was also widely praised for casting the first all-black, all-female line-up on a British TV panel show (Don’t Hate the Playaz) and 40% of Made in Chelsea’s senior team is now from black, Asian or minority ethnic backgrounds. Elsewhere, an LA office opened under the guidance of Ollie Brack.

Here’s to another 21 years.